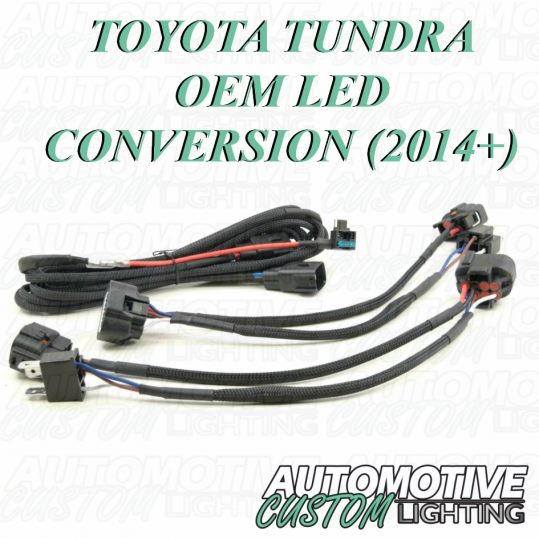 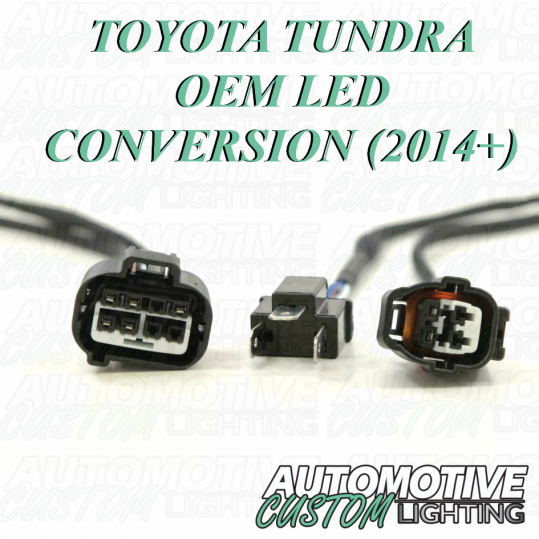 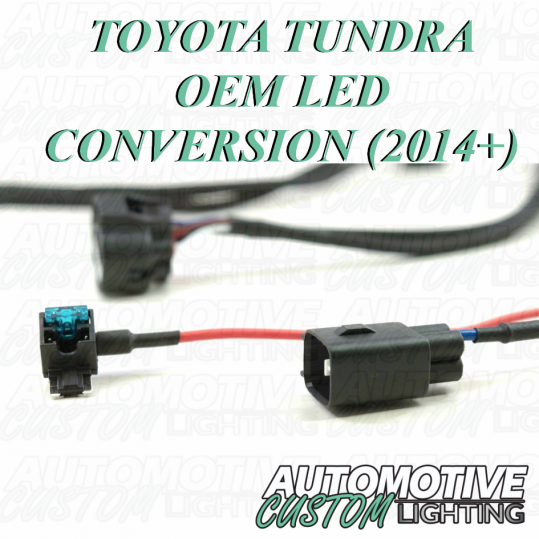 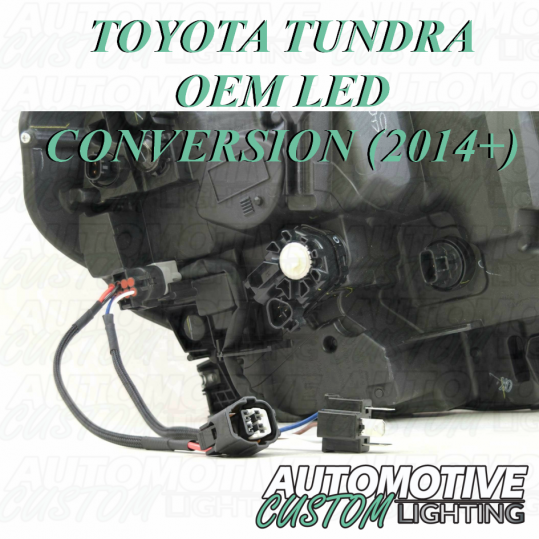 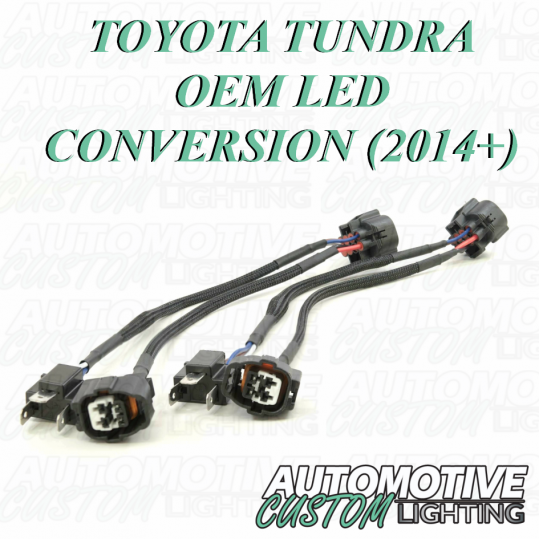 MODERNIZE: Designed to adapt the 2014+ Toyota Tundra trucks to the brand new 2018 OEM LED Headlights from Toyota, these harnesses will allow you to upgrade to the most modern OEM look without cutting, splicing, or modifying anything on the truck’s factory harness.

PLUG N PLAY: It’s a seamless solution to keep your low and high beams under control on the new OEM projector lights using the original controls inside the cabin. The outputs will plug directly into the multi-pin connector on the back of each headlight from Toyota, and the inputs straight from your truck. You DO NOT need any other relay harness for this to work – its as clean as it gets! This harness keeps the low beams on when you go to high beams as well!

COMPATIBLE: Though the harness itself is completely plug n play, due to the fact that the new headlights use a 7443 front turn signal bulb inside the lights versus the original 3157/4157 – you will just need to re-pin the connector coming from your truck in order to make the blinker work properly. Simply swap the purple & black wire, and voila! good to go.

DRL READY: If you’ve got a Platinum or 1794 edition Tundra with the OEM LED DRL’s already, this harness will adapt your wiring to power the new DRL feature with ease. If your truck does not have the OEM LED DRL now…not to worry! just select the optional DRL power harness. It just needs hooked up with a switched power source such as the fuse box and then you’re good to go too.

LED HEADS: If you’re buying this harness, then you’re obviously buying the headlights too. TRS also offers em, and they can be found online HERE