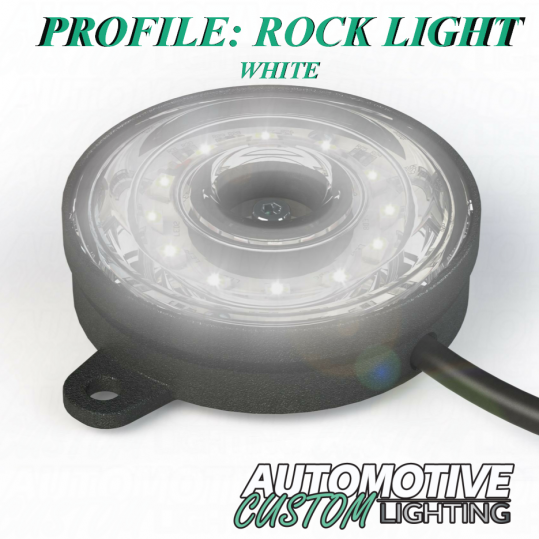 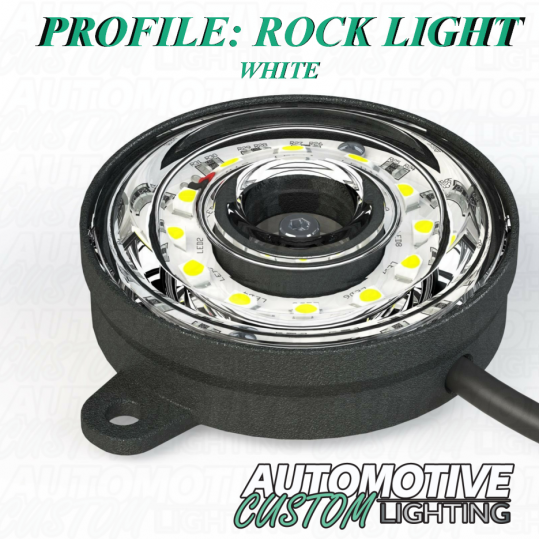 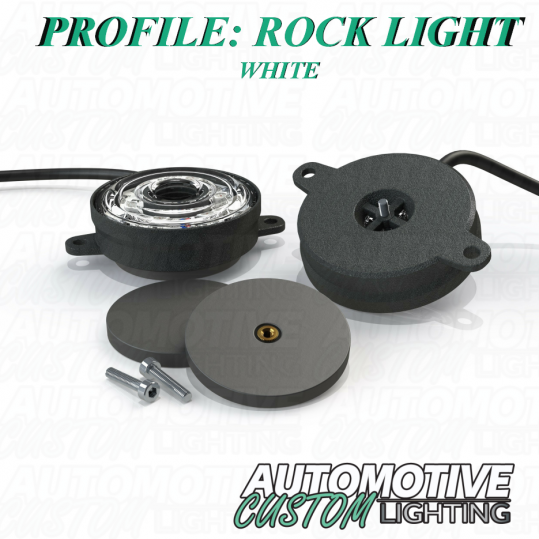 ROCK OUT: We’ve been representing Profile’s products for over a year now and could not be more impressed with the quality, performance, and unique flavor they bring to each of their offerings. Far from a generic Chinese rock light with a new name etched on it; the Profile Pixel rock lights are an all-new design from Profile’s industrial engineering house in California, led by Yoshitaka Ishida. Our customers are now installing these rock lights on their Jeeps, trucks, ATV’s, golf carts, trailers, and we’re not surprised, because they put old-school under glow kits to shame.

INTENSITY: Look, we know most guys aren’t actually using these to light up rocks out on a trail in the middle of the desert, and while you could definitely do that…The Profile Rock Lights produce the intensity required in order to be seen in the city. No matter if you mount them in your wheel wells or under the frame; their optical lens will spread plenty of light that will not only look good, but is capable of letting you see well too if/when you need it!

RELIABILITY: Their innovative technology delivers a virtually infinite lifespan of 50,000 hours. That’s almost six straight years! The complexity of their circuitry has been minimized to a singular PCB with no external drivers to break. The beefy cast aluminum shell and bash-proof 2mm thick PC lens over the LEDs are both strong enough to take a beating. All connections are waterproof, and all electronics are potted with resin. They are rock lights, after all! Check out their construction here!

MAGNETIC MOUNTS:The optional magnetic mounts are the easiest and most effective way mount these bad boys. With 8.5kg of strength, in theory each one would be capable of holding onto more than 40 rock lights! They screw onto the bottom of the rock light with ease. If you’re more of a nuts and bolts kind of guy though, each rock light has two integrated mounting points and can be attached to any surface with self-tapping screws (not included).

Check out one of our professional installers near you! Click Here!

Under no circumstances will Automotive Custom Lighting be liable for any damages, direct or indirect, consequential or compensatory, arising out of the use of
this product. Our products are fully tested for the intended use described above. Any issues, damages, injuries, or malfunctions resulting from user-error or during
use or installation will not be warrantied or covered by any means under Automotive Custom Lighting LLC. With the purchase any of our products you hereby understand
and agree to these terms.