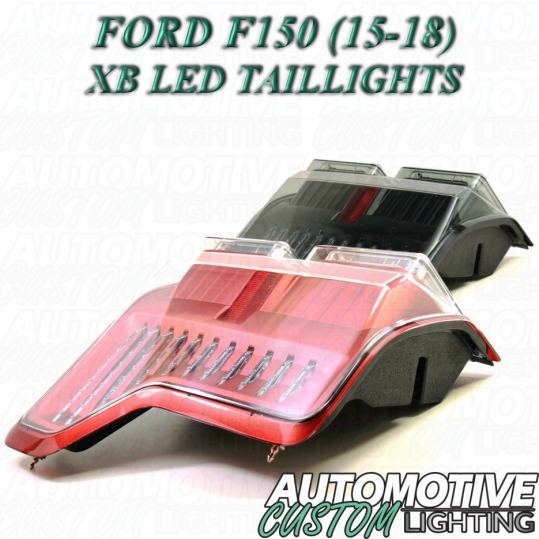 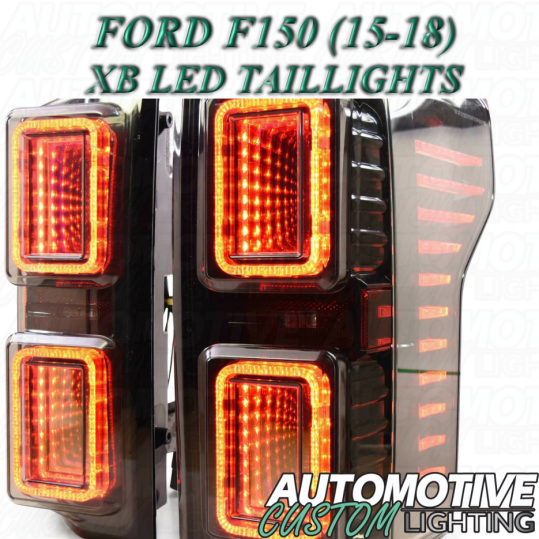 STOCK SUCKS: No doubt the aluminum F150 is a capable truck, and if you’ve already upped the ante by making more power, new wheels, and fatter tires, then it’s time to ditch the stock lighting setup too. Morimoto’s unbeatable XB LED fog lights have been top sellers in our catalog forever, and we couldn’t be more excited to see the lineup expand with offerings such as the new high-performance XB LED tail lights too!

COMPATIBLE: With all Non-BLIS F150s from 2015-2018, these complete tail light assemblies will swap directly in place of the original F150 tail lights, use all of the stock mounting points, and should only take around 30 minutes to install.

PLUG N PLAY: Wiring is easy too! The XB LED tails are designed to work without any special wiring (for 15-17 trucks; 2018+ require the optional harness). They will plug into the factory connectors for the stock lights and each assembly includes all necessary connectors, rubber seals, and pigtails for a plug n play install. No additional resistors, modules, etc needed!

NOTE: 2018+ F150S REQUIRE THE OPTIONAL HARNESSES, HOWEVER THESE ARE STILL NOT COMPATIBLE WITH OEM LED OR OEM BLIS TAIL LIGHT-EQUIPPED TRUCKS.

STYLE: While they look radical, they don’t look out of place like other aftermarket options. The geometry flows with the body lines like a boss. The XB LED tails for your F150 are available with either a smoked or red lens. Both will illuminate red.

WELL-BUILT: Their durable polycarbonate lens will resist the test of time, keeping the housings looking new for many years to come. The injection molded ABS housing is light-weight and much stronger than comparable cheap alternatives. The XB Tail lights may not be the cheapest new tail lights for your F150, but they’re OE quality, and as the saying goes, you pay for what you get. Although the tails are new, we’ve sold many thousands of the XB Fog lights and to date, have only seen a small handful with problems…no joke.