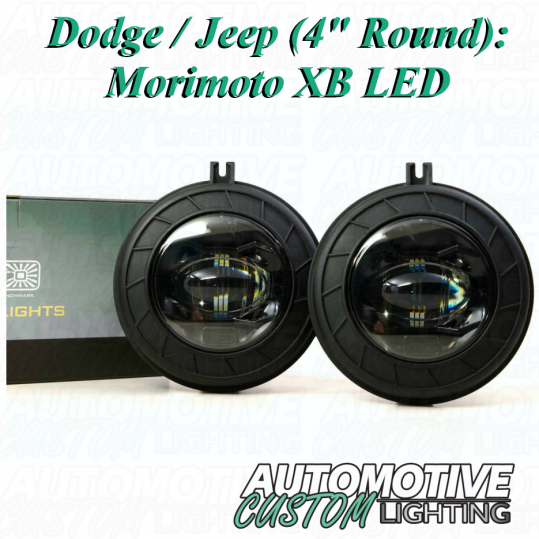 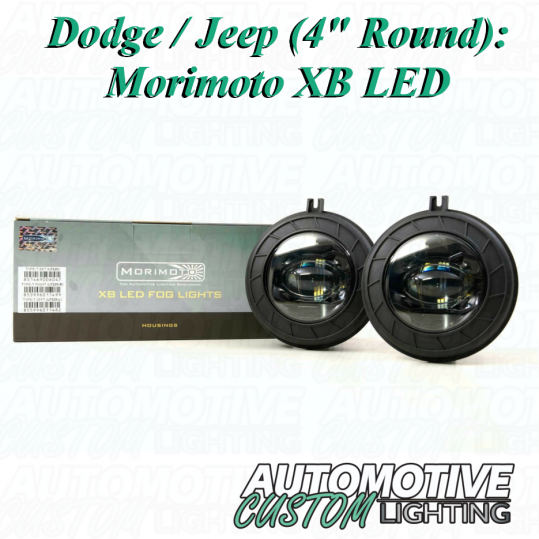 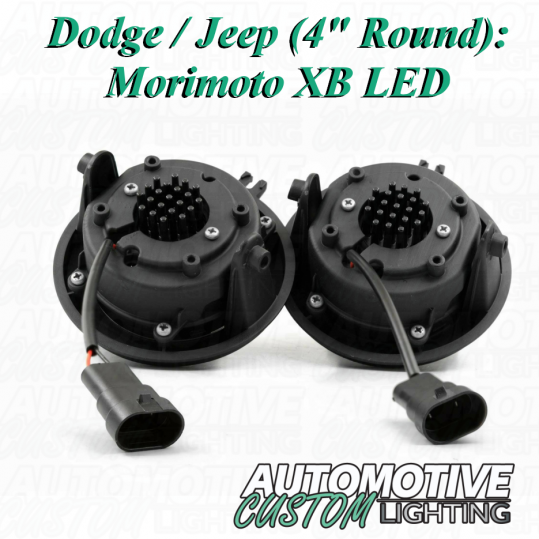 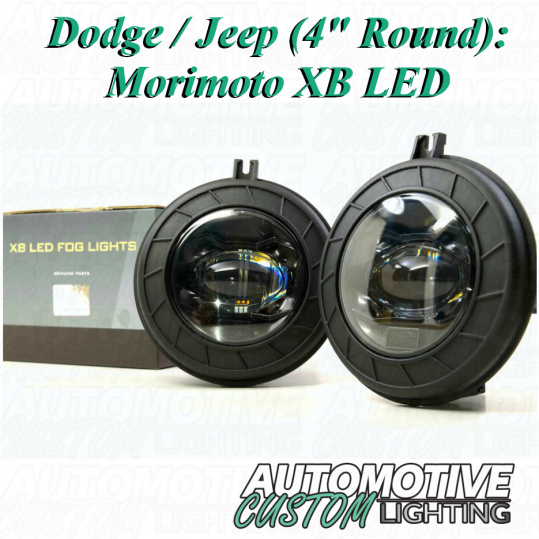 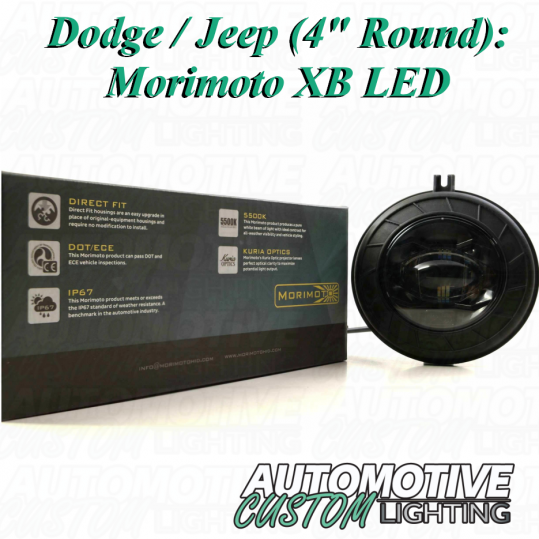 NO SUBSTITUTES: If you don’t have LED powered fog lights, then you’re just behind the times! Thankfully the new Morimoto XB LED projector fog lights: Look great. Are well-built. Perform like champs. Have a virtually infinite life span. An unbeatable warranty, And best of all you won’t need to sell your soul to afford them! Many of the guys here at the shop use them on their own vehicles, and they’re easily one of our most popular product lines.

COMPATIBLE: With many modern applications from Dodge, these complete fog light housings will swap directly in place of the original halogen units that they’re designed to replace, using all of the stock mounting locations. Their aim can be perfectly dialed in with the integrated height adjusters. Check the compatibility section below for a list of known applications.

PLUG N PLAY: Wiring is easy too! The XB LED Fogs are designed to work without any special wiring. They will plug into the factory connectors for the stock fog lights and each assembly includes all necessary connectors, rubber seals, and pigtails for a plug n play install.

POWERED: By three Philips Luxeon-T 5500K LED’s that produce around 1200 raw lumens per side. The projector based optics concentrate a total of 2400 lumens of pure white light into a beam that’s super wide and perfectly distributed for use as a fog light. Make no mistake, these will produce a much different [better] result than slapping some LED replacement bulbs into your stock housings. The XB fogs meet & exceed all SAE, DOT, and ECE regulations.

WELL-BUILT: Their durable polycarbonate lens will resist the test of time, keeping the housings looking new for many years to come. The powder-coated cast aluminum housing is light-weight and much stronger than comparable plastic alternatives. Doubling as the heat-sink for the LED’s, the housings completely protect the internals from moisture and road debris. We’ve sold many thousands of these fog lights and to date, have only seen one or two develop a problem…no joke!

WORD ON THE STREET: Don’t just take our word for it, check out these Install & Review videos that previous customers have put together! Everybody loves a good YouTube demo, so check it out HERE!, HERE!, HERE!, and HERE!