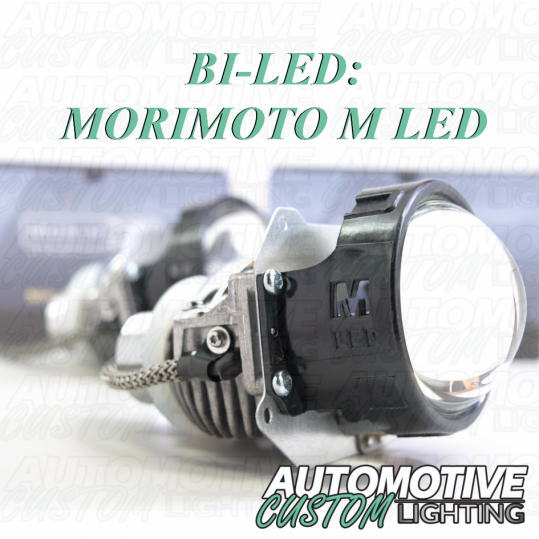 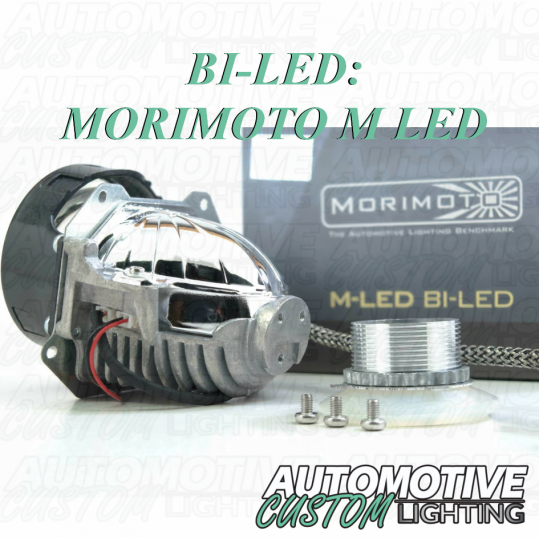 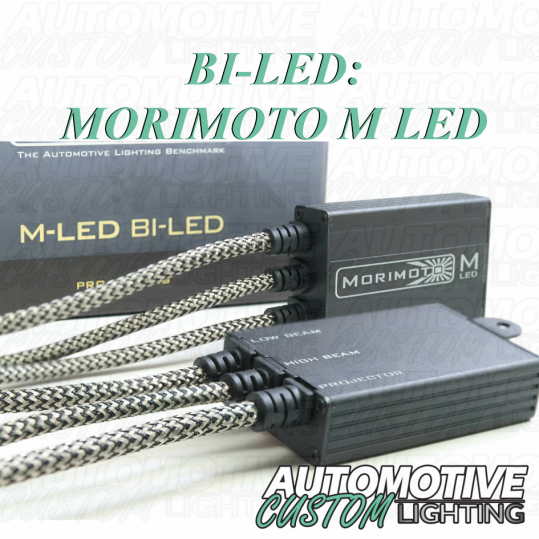 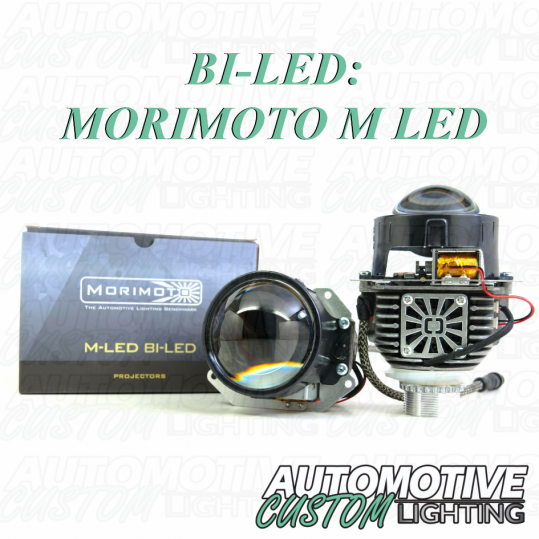 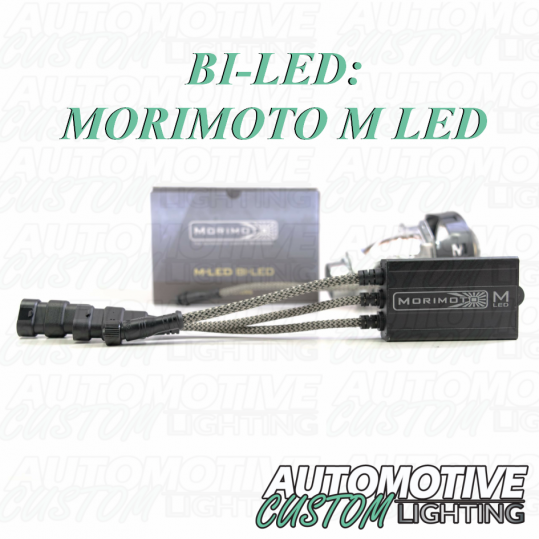 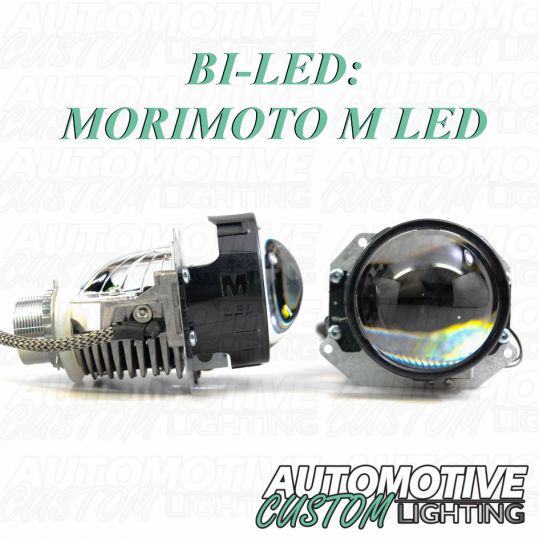 PURISTS: Will start their critique before they get their hands on it. “But no!” they say. LED based projectors lack width! LED projectors have weak distance! LED projectors have poor high beams! At TRS we love good old HID-powered projectors more than Kanye loves Kanye…BUT….Truth be told, it’s hard not to like the MLED. The performance is on par. The simplicity is sublime. The ease of installation is excellent. The instant on is awesome. The times are changing, and now is the turning point.

M: Is for Mind blown. When Morimoto first announced the MLED projector back in 2015…we were all excited! But with barely any news on it since then, some started to get the impression that it was nothing more than a myth. But then a working prototype showed up alongside Morimoto’s laser concept at the 2017 DVN Conference in Detroit. Now…now it’s here, and man it seems to be worth the wait. Here’s why.

OUTPUT: We’ll just start with the hotspot. It’s on par with the Mini D2S 4.0 and a XB 45K Bulb / XB55 ballast, and about 20% brighter than it’s closest LED-based competitor: the CNLight i-lens. The Kuria optic clear lens and curved cutoff shield produce a beam pattern that’s plenty wide, with an ECE-sloped cutoff that’s super sharp, colorful. Rather than off-the-shelf LED’s like early LED projectors in the aftermarket, the MLED uses a specially developed CSP chipset from Seoul SemiConductor. To top it all off, the “M” icon that’s projected onto the ground thanks to the special foreground limiter is just plain cool.

PHYSICALLY: It has a lot going for it too. The threaded mounting shaft can be removed from the projector to free up almost an inch of depth for those who don’t need/want it. The integrated mag-lev fan is sunk into the heat sink, keeping space to a minimum without sacrificing the ability to stay cool. The wiring is clean, out of the way, and can be disconnected with ease. The precision and existence of mostly die-cast (rather than stamped) parts in the cutoff shield mechanism makes for a slop-free setup and conveys quality over cost savings. It could pass for an OEM part.

SIMPLICITY: Forget about separate bulbs. Forget about big ballasts, or where to mount them. Forget about complex relay harnesses, and where to run them. Here, you’ve got the projector and a small external LED driver to regulate power and control it’s low and high beam function. If you’re a clutter phobe, or simply tight on space working on something like a motorcycle: the MLED is the way to go.

EASY TO INSTALL: On a H4-based headlight reflector for example…Remove the headlight lens, insert the threaded mounting shaft through the pre-existing hole in the back of the reflector, add the alignment plate, tighten the lock ring, and re-seal the headlights. For other applications, minimal cutting will probably be involved but you’ll find the results well worth it!

WORTH IT?If you want the latest and greatest, Yes. It is. Want to produce about the same amount of light output for your money? The Morimoto Mini D2S 4.0 is probably better for you – only because it’s less expensive. But consider this: Yeah, the Morimoto M-LED projectors are expensive, but unlike an HID-based retrofit, you wont need bulbs, ballasts, in many cases a wire harness. You just need some shrouds, and that’s about it! The rest is here.